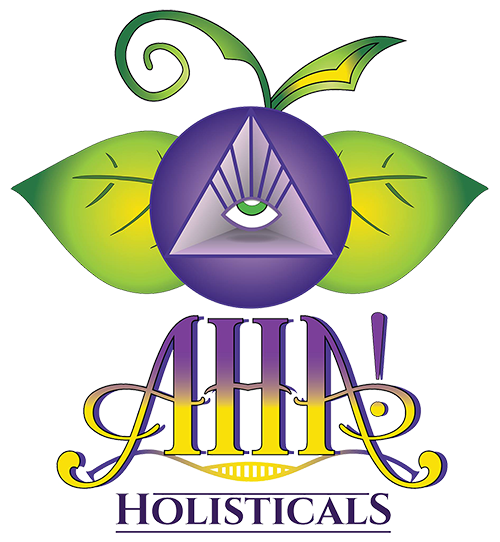 There is so much to know about Kratom. My goal is to leave no questions unanswered. Here is an overview, and should help give you a good idea.  I am here to answer any questions you may have.

Mitragyna speciosa, better known as Kratom, is the East Asian wonder herb which is starting to take the West by storm.

A tropical tree in the coffee family, it’s becoming increasingly popular with students and professionals who want more drive and focus. As well as sufferers of chronic illnesses who want relief from their symptoms, and people who suffer from addiction and need help in overcoming their withdrawal pangs.

Though people in the West are only starting to see its benefits in recent years, its medicinal properties have a long-established history in its native East Asian countries like Thailand, Indonesia and Malaysia.

Farm workers in Southeast Asia would commonly chew on the plant’s leaves or make it into a tea to give them more energy and focus when working. And when opium was in short supply, addicts used it as a substitute as it has a similar effect on your brain’s opioid receptors. However, Kratom is NOT an opioid!!

It’s been used in traditional medicine to treat diabetes, diarrhea, fever, and relieve pain. This is because it contains more than 40 compounds and over 25 alkaloids, most notably mitragynine and 7-hydroxymitragynine.

This means Kratom offers a wide range of health benefits listed below.

Pain Relief- The alkaloids in Kratom mean it has a similar pain relieving effect as morphine yet without the risk of being addictive. The alkaloids act on the opiate receptors present in the central nervous system, enhancing the release of enkephalins and endorphins which numb your body’s pain receptors. This means it can give pain relief for sufferers of conditions like osteoarthritis, osteomalacia, osteoporosis, chronic backache, rheumatoid arthritis, and joint pain, just to name a few.

Overcoming Addictions- Through Kratom isn’t an Opiate, it activates the supraspinal mu and delta Opiate receptors in the brain. This helps curb recovering addicts’ cravings for the drug they’re giving up without the risk of long-term dependency.

People have also reported reduction of the symptoms of Opiate withdrawal like cramps, vomiting, nausea, sleeplessness and pain, as well as elevating users’ mood with its anti-anxiety action.

It’s helped addicts overcome their dependency on both hard drugs like heroin and softer, though still life-devastating, drugs like alcohol.

Reduces Stress, Anxiety and Depression- If you’re prone to stress or suffer from anxiety or depression, Kratom will help soothe your nerves and calm you down. It’s a psychostimulant as it releases endorphins and serotonin which enhance your overall mood.

It will calm down your mind so you have less anxious thoughts. And its calming effect eases tension which greatly helps with social anxiety, making you feel more confident and sociable. It’s for this reason it’s common for people to take Kratom during social gatherings in villages in South East Asia.

It also alleviates other symptoms of anxiety like insomnia, heart palpitations, sweating, hyperventilation, muscle cramps, among others.

This makes it ideal for people suffering from mood swings, chronic stress, anxiety and depression, PTSD, panic attacks, and those with highly demanding jobs.

The nice, chilled out vibe it gives you makes you feel great just being alive. However, the effect depends on the type and dosage. Some strains of Kratom are stronger than others, taken in high quantities it gives users a euphoric feeling.

More Focus on Your Work or Studies- Taking Kratom unleashes your productivity. By acting on Opiate receptors in the brain and periphery, the alkaloids, 7-hydroxymitragynine and mitragynine, help you work harder for longer, with a more intense focus than normal. And the release of acetylcholine calms down your ruminating mind, making you better able to focus.

On top of this, the feel-good chemicals it releases, like dopamine and serotonin, further increase your focus, attention span and motivation for the task at hand. So you can have laser-like focus on work which would otherwise be monotonous.

Kratom Enhances Motivation Levels- The activation of the opioid receptors in your brain also make you feel more motivated to get things done. It gives you an “adrenaline rush”  which spurs you into action as they activate your sympathetic nerves by releasing adrenaline and noradrenaline.

And if this isn’t enough, it also induces the release of dopamine and serotonin – two important chemicals for boosting motivation.

Greater Sex Drive- Kratom is also used as an aphrodisiac and sexual enhancer which makes it great for treating sexual disorders like erectile dysfunction and a low libido in both men and women.

Sleep Deeper for Longer- Kratom regulates the sleep-wake cycle in those who suffer from insomnia, night terrors or parasomnia. It helps you fall asleep faster and have a deeper more restorative sleep which will also help you function better in the daytime.

Lowers Inflammation- Kratom is also a powerful anti-inflammatory as its primary active alkaloid, mitragynine, has been found to reduce inflammation. It promotes healing and reduces pain, swelling, and redness at the site of inflammation. Because of this it’s commonly used by rheumatoid arthritis, osteoporosis, and osteoarthritis sufferers.

This together with its anti-inflammatory action makes Kratom a great remedy for sufferers of inflammatory bowel diseases like Crohn’s disease and Ulcerative colitis.

Antioxidant Action of Kratom- Some research claims Kratom may help protect against cancer. This is because it has a similar effect as your body’s natural antioxidants, superoxide dismutase and glutathione, which help prevent the formation of free radicals.

Aids in Weight Loss- The calming and mood enhancing effect of Kratom means it’s good for you if you have a sugar addiction or are prone to binge eating. It also regulates the satiety center in the hypothalamus of your brain. So whether you’re overweight or just want to be more toned, kratom will help you reduce your appetite and lose weight.

Combats Fatigue- Kratom has been used for millennia as a remedy for chronic fatigue symptoms. This is because it promotes blood circulation and improves the oxygen levels in your blood, which, together with boosting your metabolic processes, gives you a burst of energy which can last for two to six hours.

How to Take Kratom

People in Southeast Asian traditionally consumed Kratom by crushing its leaves and making it into a tea, or chewing or smoking it. Today you can take kratom capsules, pills and powders.

In powder form you can dissolve it in hot water or mix it with herbal teas to make it more palatable. Some people find the taste quite bitter and prefer to take it with alcoholic drinks or to ingest it with food, like mixing it with yoghurt or in homemade cookies.

Kratom belongs to the same plant family as coffee called Rubiaceae. And, in the same way drinking ten cups of coffee isn’t good for you, taking too high a dosage of Kratom isn’t either.

There are people who abuse Kratom, taking high doses of the herb every day and on a long-term basis. However, this is usually because there is already an underlying issue causing them to take too much and become dependent on it. For example, former drug addicts who use it to curb their addiction may go overboard on their consumption and then become addicted to kratom itself.

If you take too high a dosage, you could get Kratom hangover where you experience nausea and headaches. However, used properly, in small amounts of 1 to 3 grams a time, there are little, if any, side effects.

Long-term use studies are still pending. However, the centuries-long Thai experience of Kratom proves its safety. A recent report from the country’s Transnational Institute and Narcotic control Board stated Kratom is a part of southern Thai culture and its criminalization is counter-productive in respect to its historic use in the country.

This should help give you an idea.. I am happy to answer any more questions!

Kratom Not Working? Here's What To Do to Fix It